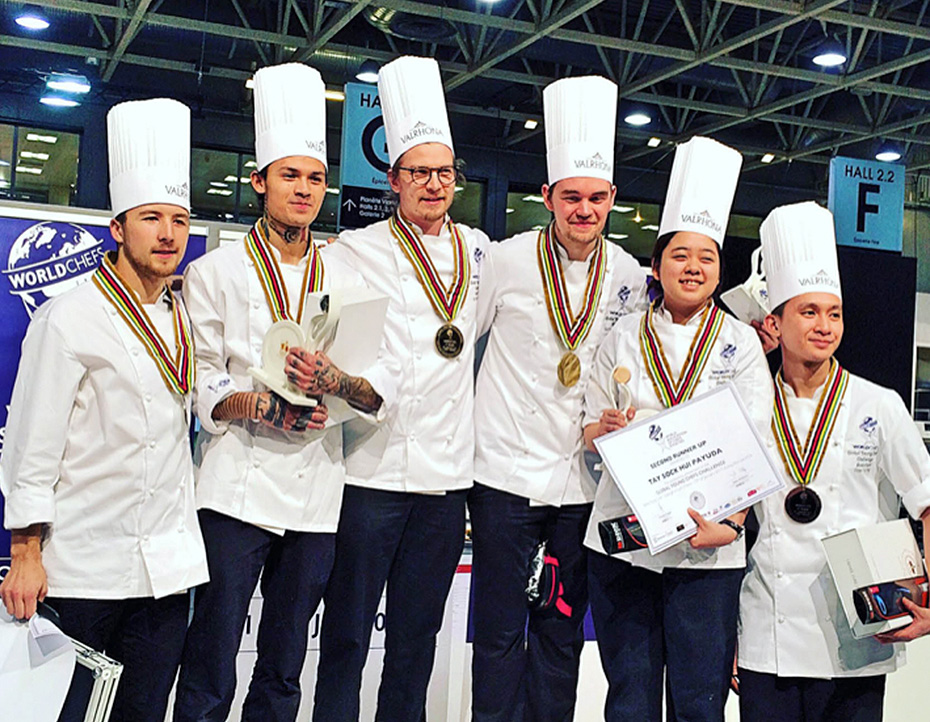 Although there are many international competitions, not all have a category specially for young chefs, meaning that if they want to take part they find themselves competing against more experienced chefs. If you are thinking of launching your career by participating in one of these contests, keep reading to find out more about the five most prestigious cookery competitions for young chefs.

The Bocuse DOr competition is probably the most prestigious cookery competition in the world. Although there is no category specifically for young restaurateurs, the assistant chef of the national representative must be under 22 years old at the time of the competition. The mere fact of being chosen as assistant in the continental or international phase of this famous cookery competition held every two years means a boost to the career of any chef who is starting out.

Organised by World Chefs, the global association of chefs societies, this version of the Global Chef Challenge for young chefs has been taking place since 2002. In 2017, the competition was held in Lyon for the first time, at the same time as the final of the Bocuse DOr. Teams taking part must be composed of a chef and their assistant, both under 25 years old. The winning team takes home the Hans Bueschkens prize and the recognition of having triumphed in one of the main international competitions for young restaurateurs.

This young competition, now taking place for just the third time, has already found a niche in the panorama of international competitions for young chefs. The registration period has just begun in February 2017, and will be open until 30 April 2017. The participants, who must be under 30 years of age and have at least one year of professional experience, are to present their application accompanied by a signature dish. Participants who pass the selection process will face each other firstly in regional competitions, after which the finalists will go on to the Grand Final which will take place in Milan in 2018.

The European Young Chef Award is a recently created competition, organised and promoted by the International Institute of Gastronomy, Culture, Arts and Tourism. Both cookery students and professional chefs of between 18 and 28 years of age can participate in the competition. Before taking part, candidates must be approved by a committee of experts from their region. A host catering school is selected for the event every year, and they establish the rules of the competition for that year.

This international contest is organised by the North Greece Chefs Association in collaboration with the World Association of Chefs Societies. The contest is open both to professional chefs and students, with the latter eligible for special prices in the categories of best cookery student of the year and best confectionary student of the year. Participants have to carry out a series of culinary preparations following the specifications of each competition and collect points towards their final score.

European competition for talented young chefs from the Basque Culinary Centre
In 2016, the Basque Culinary Centre set up a European competition to promote the gastronomic creativity of young chefs. The participants, of up to 30 years of age, presented unique and innovative proposals based on a pop-up restaurant, a business model widely accepted by the gourmet public. The three winners had the opportunity to carry out their project between the months of October and December, with the tutorage of teachers from this prestigious centre. The contest took place within the framework of the San Sebastian activities as European capital of culture in 2016 and was a success both in terms of participation and in the quality of proposals received.

As you can see, the contests have very varied participation criteria, as well as different classification tests and age of participants. If you think you can shine as a young talent in one of these competitions, we encourage you to look for more information on the organisers websites and to put all your skill and determination into carrying away the triumph. Good luck and, Go for it!