The History of Cookery Schools: Pioneer Institutions in Professional Training 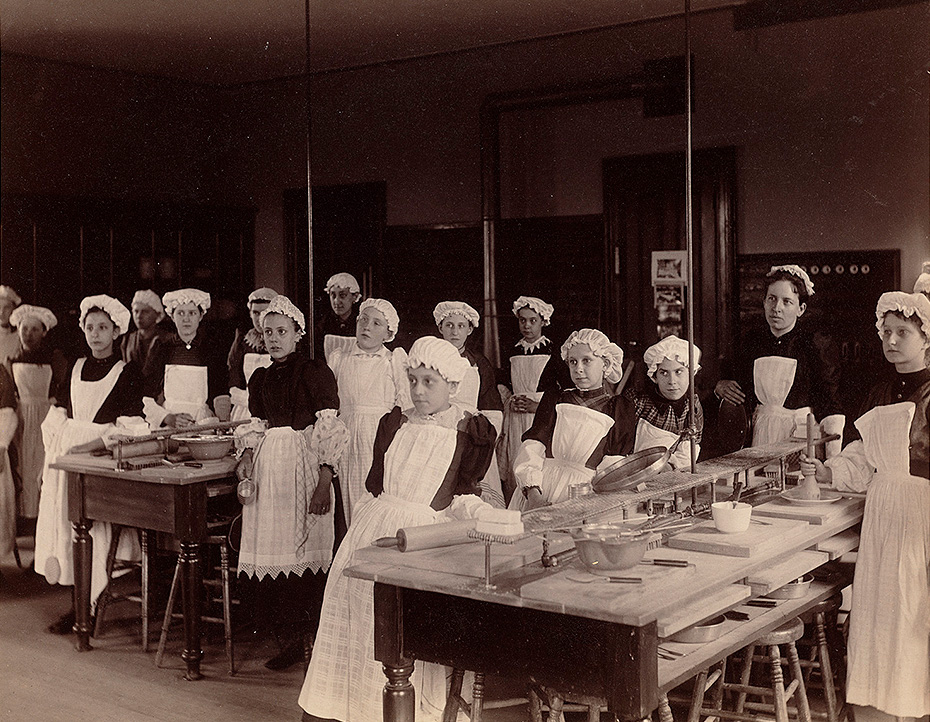 The chef’s profession has never been so highly valued as it is today. All over the world, thousands of young people train to emulate the professional careers of the so-called star chefs. Cookery schools have multiplied and become more sophisticated, offering university degrees or prestigious, internationally recognised diplomas. These training centres have their origins in the first cookery schools for professionals created in the 19th century, some of which are still open in the present day. Today we will talk about their history.

Before the founding of the first cookery schools, the task of training chefs able to prepare food for large numbers of diners fell to institutions like the army or religious establishments. The cooks of domestic service and the restaurant trade usually obtained their training by starting to serve as unqualified workers and developing their knowledge from established professionals.

The first schools dedicated to training professionals both for the restaurant trade and for domestic service appeared in the 19th century. The Professional School for Cookery and Food Sciences opened its doors in Paris in 1891. It was subsidised by the state, with important chefs among the teaching staff such as the famous Auguste Escoffier. The school, which was only open to male students, had to close 14 months after opening due to lack of funds from the state.

The famous École Hôtelière de Lausanne was inaugurated in Switzerland in 1893. This school, which is still open today and is one of the best in the world, was one of the first institutions to offer specialised professional training for the restaurant and hotel trade.

Another model of cookery school which spread during the second half of the 19th century were the training centres set up by philanthropic movements to provide training for workers from underprivileged classes and allow them to begin a career in domestic service. Among these centres were the New York Cookery School founded by Juliet Corson in 1872, the Boston Cookery School established in 1878 and some schools linked to charitable organisations in Germany and the Nordic countries.

Institutions dedicated to training future young bourgeois housewives in the art of cooking also sprung up in Europe and in the United States, parallel to the creation of professional cookery schools. Among these was the famous Le Cordon Bleu school, founded in Paris by Marthe Distell in 1895. In only a few years, the school gained international renown as a training centre for professionals wishing to specialise in the French culinary arts. Today the Grand Diplà´me Le Cordon Bleu remains one of the most prestigious cookery qualifications, recognised by restaurant owners all over the world.

In conclusion, the cookery schools of the 19th century followed three different models: cookery schools for restaurant chefs, schools for training in domestic service, and schools for future housewives. During the 20th century, these three teaching models evolved to become, on the one hand, centres of professional training and higher education, and on the other, numerous centres offering cookery courses for enthusiasts.

Go to previous postI want to set up a bakery: what equipment do I need? Go to next post Gastronomic trends for 2017